Northumberland. Sleeps up to 4

Ord House manor was originally built for Admiral Godolfin Osborne in 1789 and an Osborne lived there until 1954, when Lady Osborne passed away and the estate was sold.

George Marshall was the assistant Manager at the Walter Wilson store in Durham, then moved to Berwick to become the manager of their store there. He befriended a local solicitor and builder and they bought the 20 acre Ord House estate in 1954.

Within 2 years George had quit his job, created the holiday park and bought out his partners. For the next 40 years he dedicated his life to improving Ord House Country Park.

In 1991 George passed away and his son Howard took over the reins of Ord House, he ran the Park for 10 years.

Billy Maguire purchased this beautiful park in 2003, and has continued to improve on Georges work, building new shower blocks and playgrounds, improving the landscaping and the roads, but always keeping true to George’s vision...maintaining Ord House as a beautiful, peaceful and relaxing Country Park.

See how long it would take to drive to Ord House Country Park.

See what they think...

More yurts & shepherd huts in the North of England for 4 or more people... Set in the grounds of the magnificent Samlesbury Hall this beautiful collection of handcrafted huts offer a delightful getaway to one ...

Welcome to Jollydays camping, based in stunning North Yorkshire, "Glamping" at its finest, where we work to create a great balance ... Set in the grounds of the magnificent Samlesbury Hall this beautiful collection of handcrafted huts offer a delightful getaway to one ...

Promote your eco holiday for FREE... 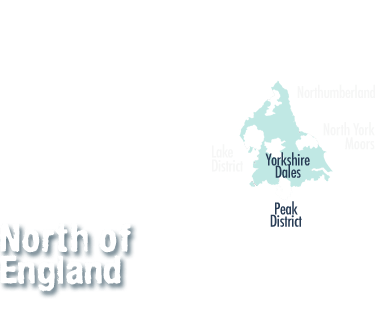 Whether it's climbing in the Lake District or a quiet ramble in the Yorkshire Dales the North of England boasts some fabulous countryside and coasts, as well as historically fascinating places like York, Durham and Harrogate, and of course Hadrian's Wall. Stunning castles and great pubs too.

This property is no longer available to book through EcoHolidayShop.